Elements of Capitalism are said to have been with us since the end of the last glacial period.

According to Jess Hill, it is one of the things that blight us:
“The roots are old – dating back around 12,000 years – but what grew out of them is not an inevitable feature of human evolution; in fact, it’s actually threatening our survival as a species.”

Craig Collins says that it will play a role in the end of civilisation:
“The progress of the past was built by sacrificing the future—and the future is upon us.”

The term “Capitalism” didn't come into general usage until the nineteenth century. In the eighteenth century, Adam Smith foresaw mechanisms by which what we now call Capitalism would decline. I think of it as Capitalism's best-before date.

I'm in my seventies. From that vantage point, it seems to me that Capitalism's best days were before 1980.

We went to extremes. I think of it as Capitalism's senile dementia. Craig Collins refers to it as “catabolic Capitalism”. Capitalism that consumes itself.

As Smith observed, Capitalism probably held the seeds of its demise from the beginning. For most of history, humanity was wise enough to avoid obvious pitfalls. Then came the Austrian School and the associated Chicago School.

Over the years, these schools of thought developed what I refer to as the Doctrine of Market Infallibility. The notion that market Capitalism has the best answers to all problems.

In 1944, Friedrich Hayek's The Road to Serfdom was published. Hayek essentially argued that any deviation from pure, unfettered Capitalism will lead to ruin. Deeply flawed though Hayek's epistle is, it struck a chord with vested interests. The book became the gospel of radical Capitalism and neoliberal politics.

Some semblance of sanity prevailed until the 1980s. The extremes championed by Reagan and Thatcher, among others, heralded the beginning of the end. Unfettered Capitalism became dogma and the seeds of destruction germinated. 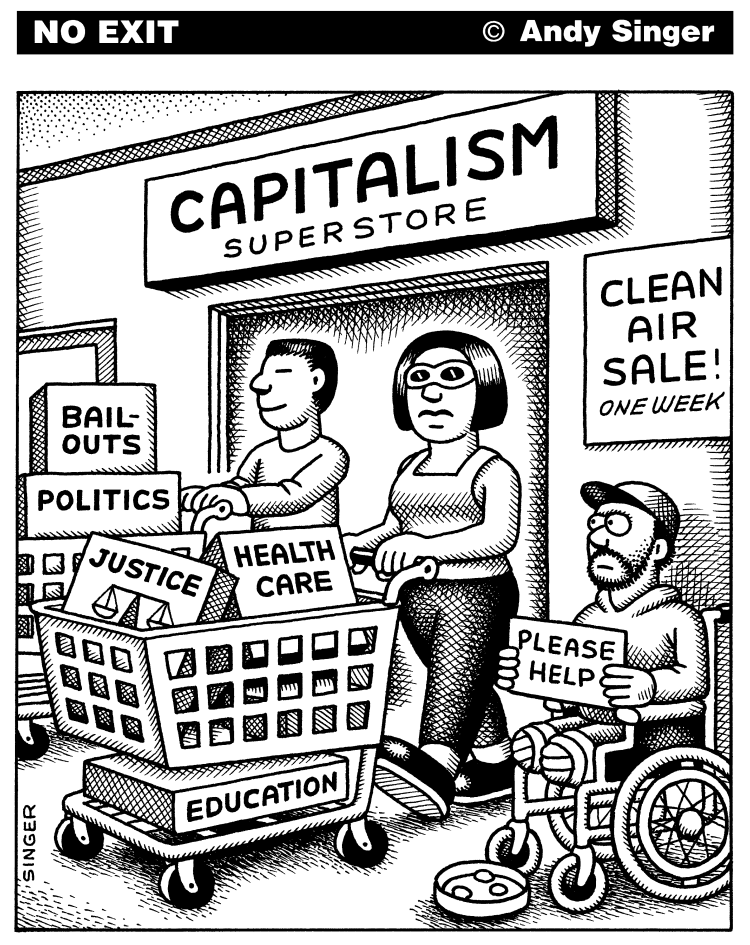